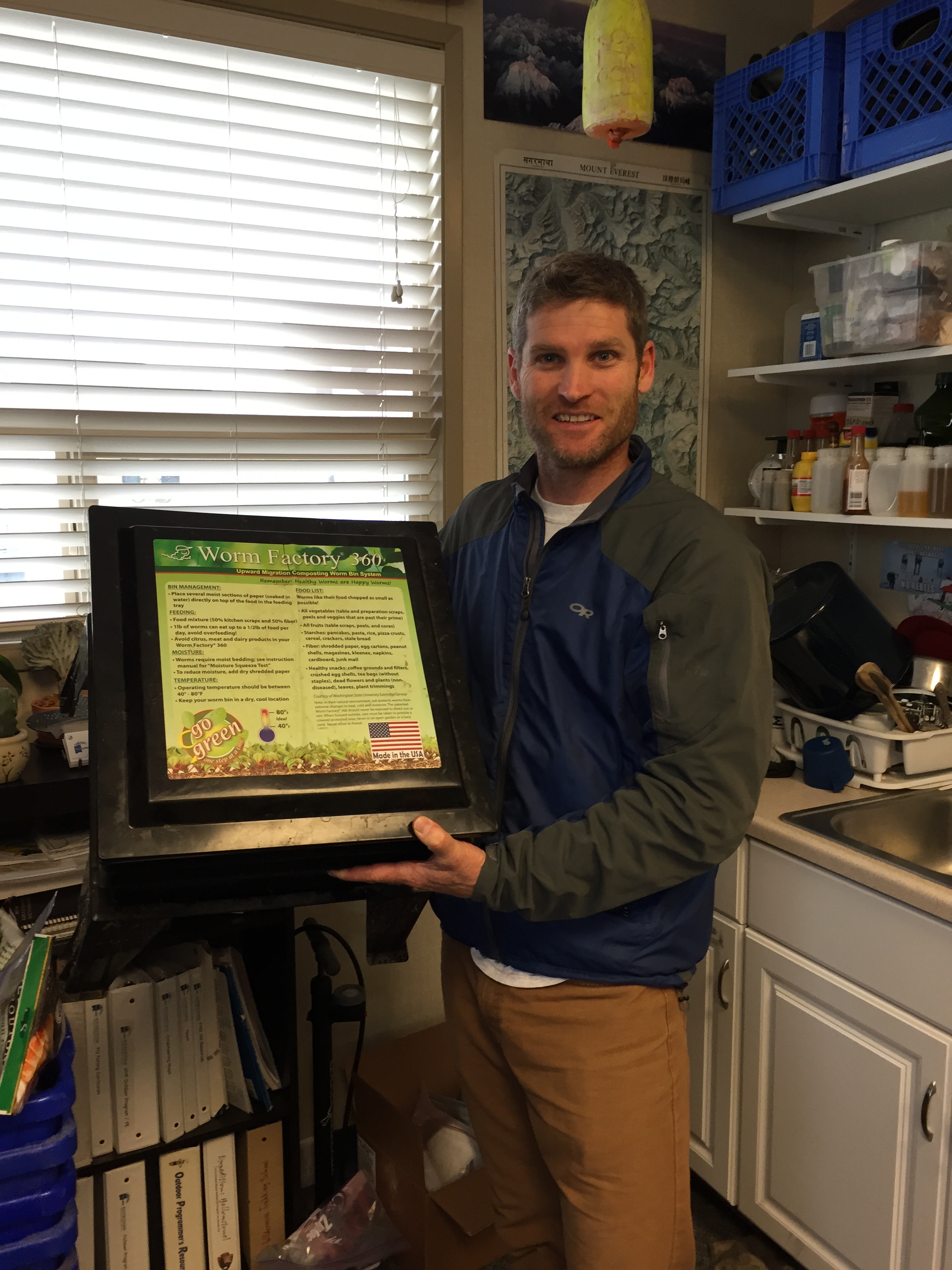 Posted at 12:02h in Blog, News by Blake Schnebly

Riverstone is not new to having worms in the classroom, last year I donated a third “worm apartment” so that there were places for students to dispose of food waste via vermiculture in all three schools. (Riverstone also has a large compost bin near the garden that the students can utilize). However, these worm apartments are not really of the appropriate scale to serve a campus populace and were actually more of an education and outreach approach to the ultimate goal- a commercial sized worm bin. 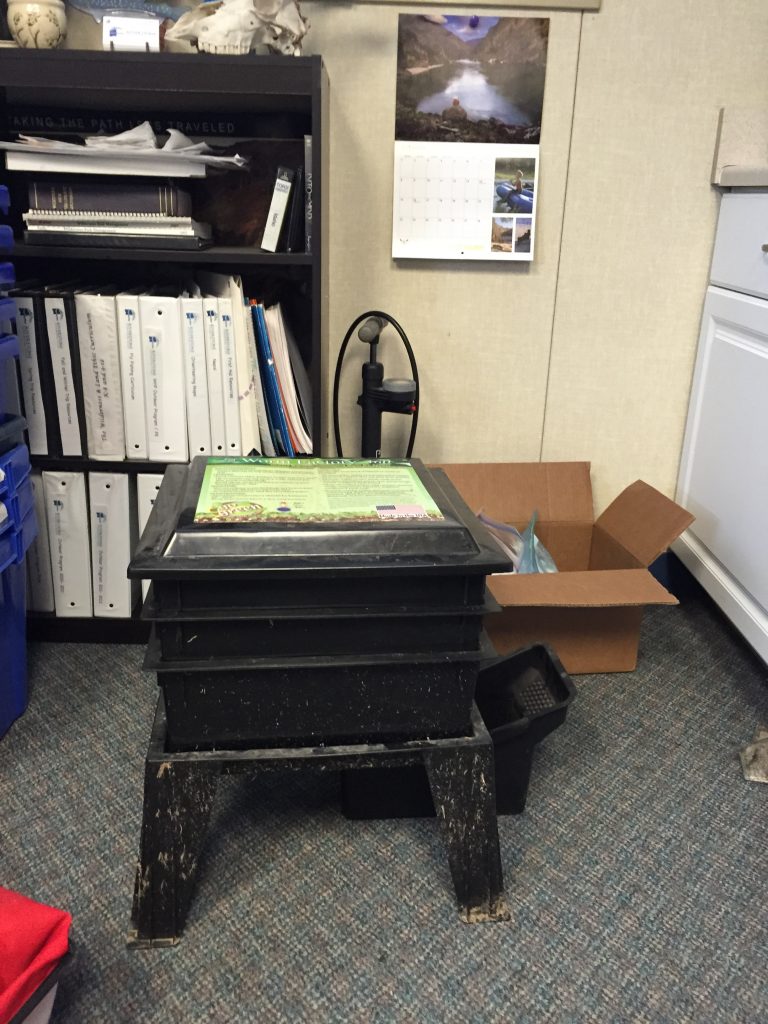 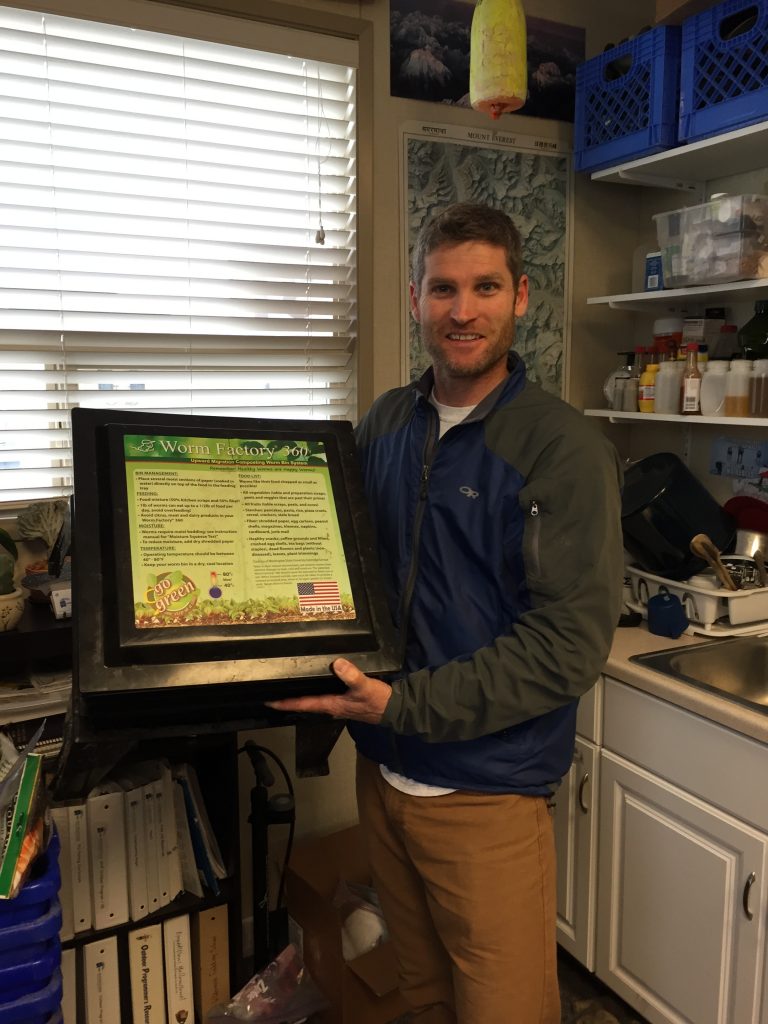 Ben and I had been on the search for an appropriately scaled worm bin for almost a year and had found a few used options that were appealing, however, they were slightly more than we were hoping to pay. Ben eventually connected with a rancher with a philanthropic heart who donated the bin to us with one condition, we had to use it! (Thanks Billy!) 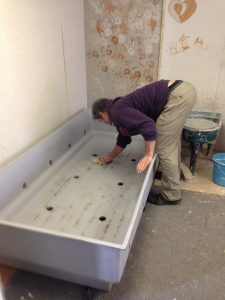 I invited a few of the Riverstone players who seemed interested in the worm bin out to Bittercreek Alehouse/Red Feather Lounge and we set up a meeting with the worm keepers for the colony they maintain for digestion of their kitchen scraps (Urban Worm).

Ben diligently rewired the thermostat and cleaned the bin out, Riverstone created a home for it in the clay studio (thanks Harper!) and we were nearly ready for action!

Samantha Cole is just starting the soils unit for her 8th grade science class and the timing seemed perfect! She invited me and Ben into her class to talk about vermiculture and how it relates to soils. We then headed out to the clay studio to introduce our red wiggler colonies to their new home! 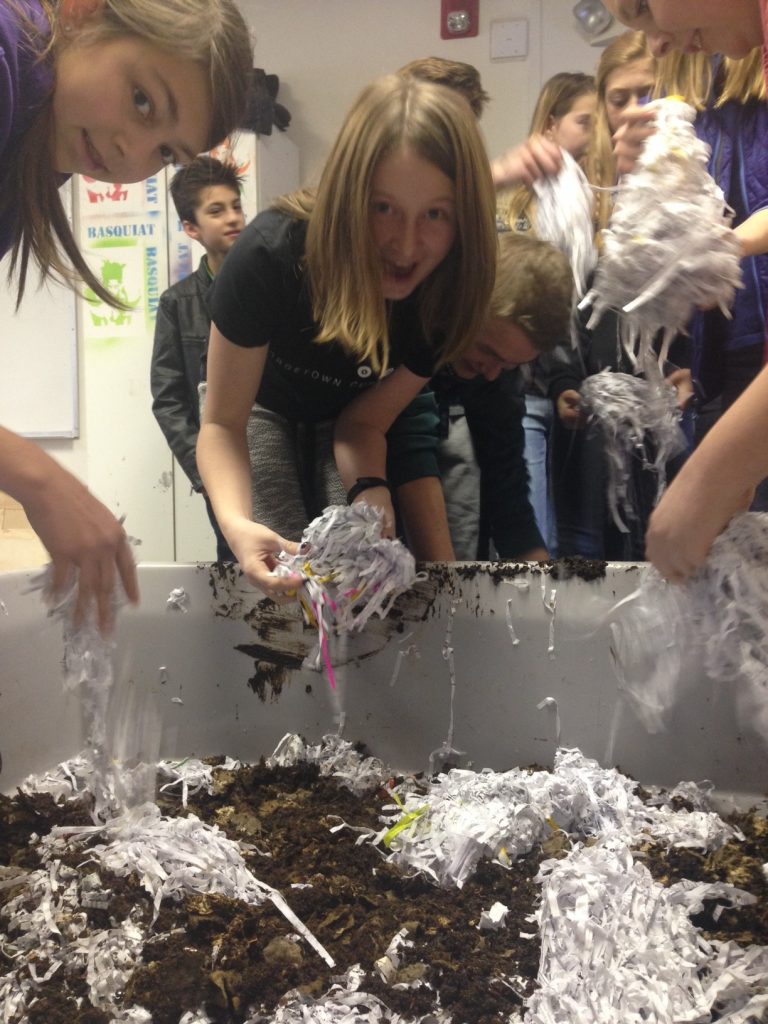 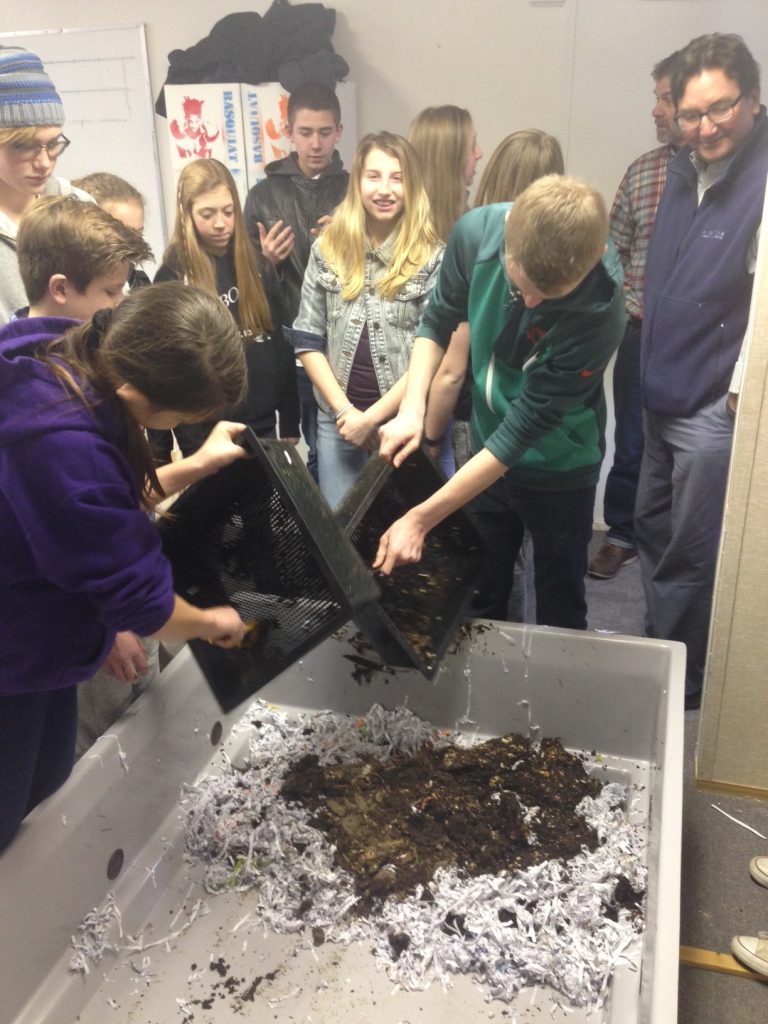 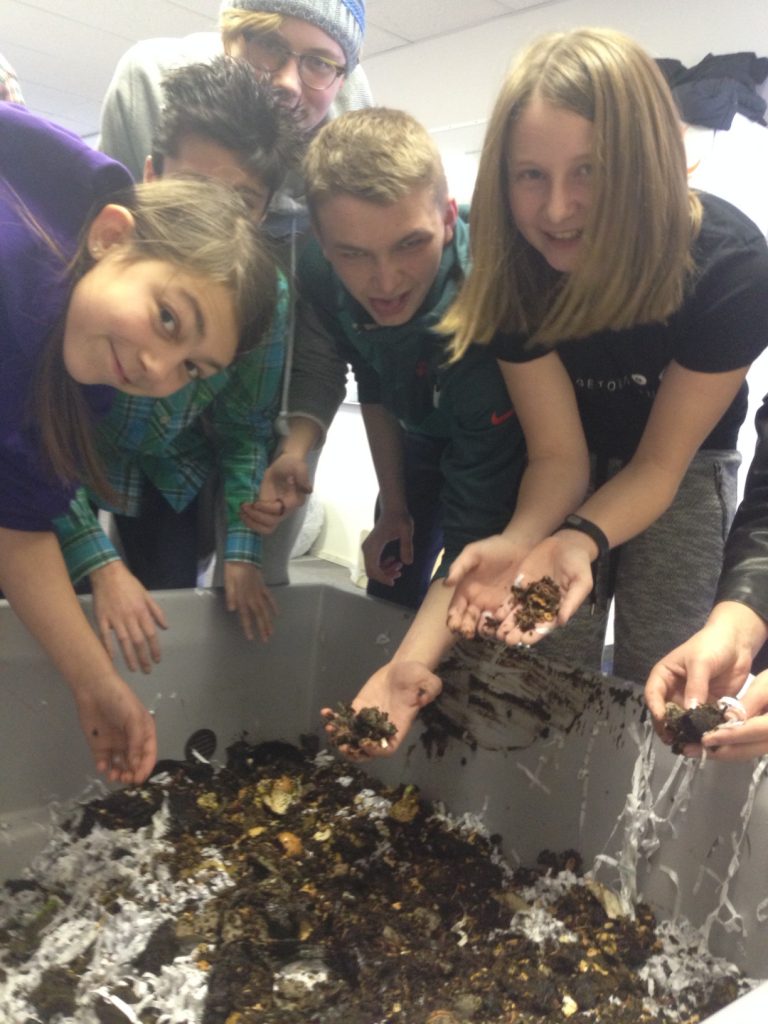 Samantha now maintains the main collection station for food scraps to feed the worms and they are weighing the inputs so we can quantify the amount of waste diverted and ensure that the worms are being properly cared for! 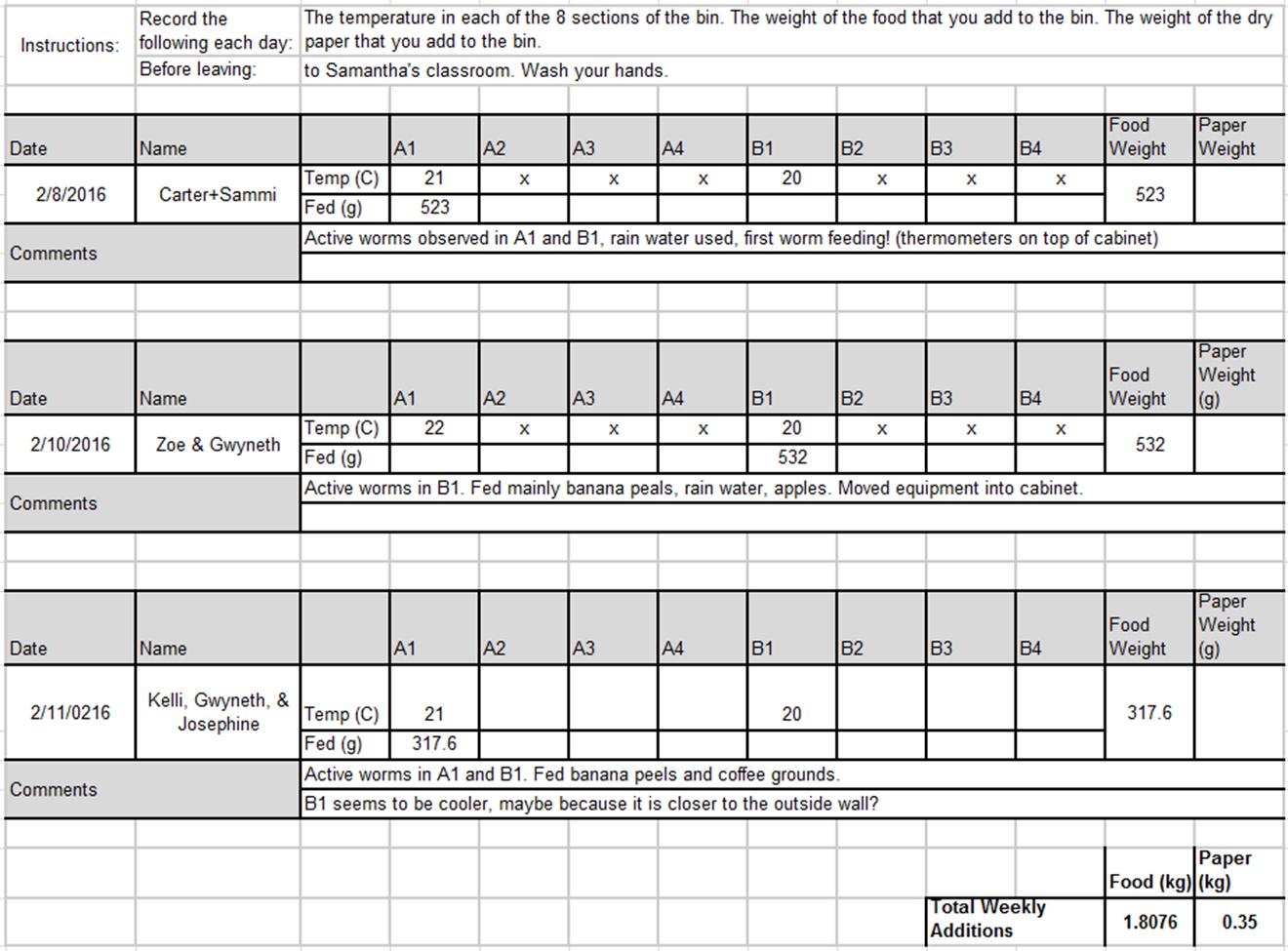 I am excited to see what the worm casings do for the school veggie garden production in the coming seasons, and who knows, maybe we will even see the grounds department managing turf using worm castings or worm tea in the coming summers?!