Posted at 13:11h in Blog, Uncategorized by Blake Schnebly

This spring we investigated the possibility of an aquaponics unit for the Design Technology curriculum, but eventually discovered that the project might not fit the design cycle very well for a sustainability exploration in the DT class. However, we did end up with a very cool aquaponics demonstration tank in the science classroom of the middle school! 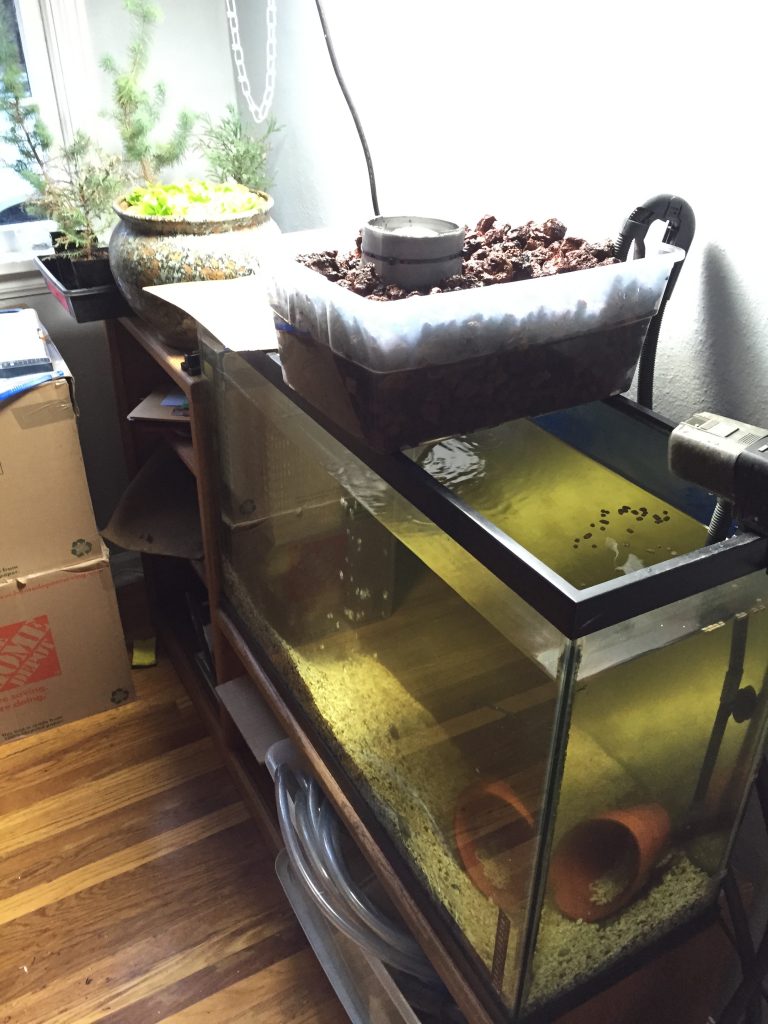 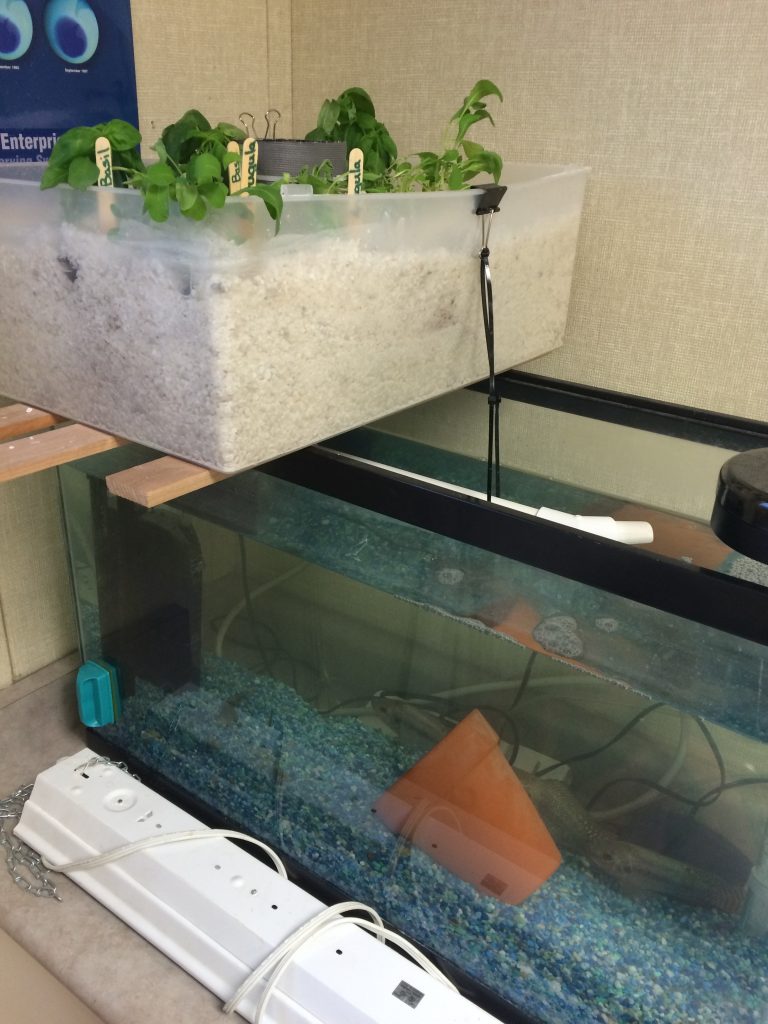 After diving into the concepts of aquaponics I built my own tank as a test-laboratory so I could test my ideas before installing them in a school setting where I would not be able to keep a careful eye on them.

There are not very many components in media-based aquaponics systems: a pump, a growing bed filled with a media and a special drain called a bell siphon. The bell siphon is essentially the entire design component for the project, given that we knew restraints for the tank sizes, and the space available for grow beds, so we had to disqualify this project from the DT list of projects. A bell siphon works by allowing the grow bed to fill up to the top lip of the siphon and then draining the bed of the water to the bottom level of the siphon, breaking suction and then refilling the grow bed. This flush and purge is necessary for the aeration of the roots of the plants growing in the set-up as most of the plants we choose to eat are evolved for terrestrial environments. The large amount of surface area that the grow-bed media provides creates abundant places for bacteria to colonize. The bacteria process fish waste (ammonia) to nitrite then to nitrate, a form that is available to plant roots. The media in the grow bed acts as a physical and biological (chemical) filter!

In investigating the viability of a DT aquaponics unit, we found many repurposed items that can be used to make very functional bell siphons, but discovered that they performed with varying results or they appeared as if they might breakdown over time, and given that we wanted to ensure the tanks were stable and not going to flood the school we determined that a purpose-built bell siphon using purchased materials was the best choice. 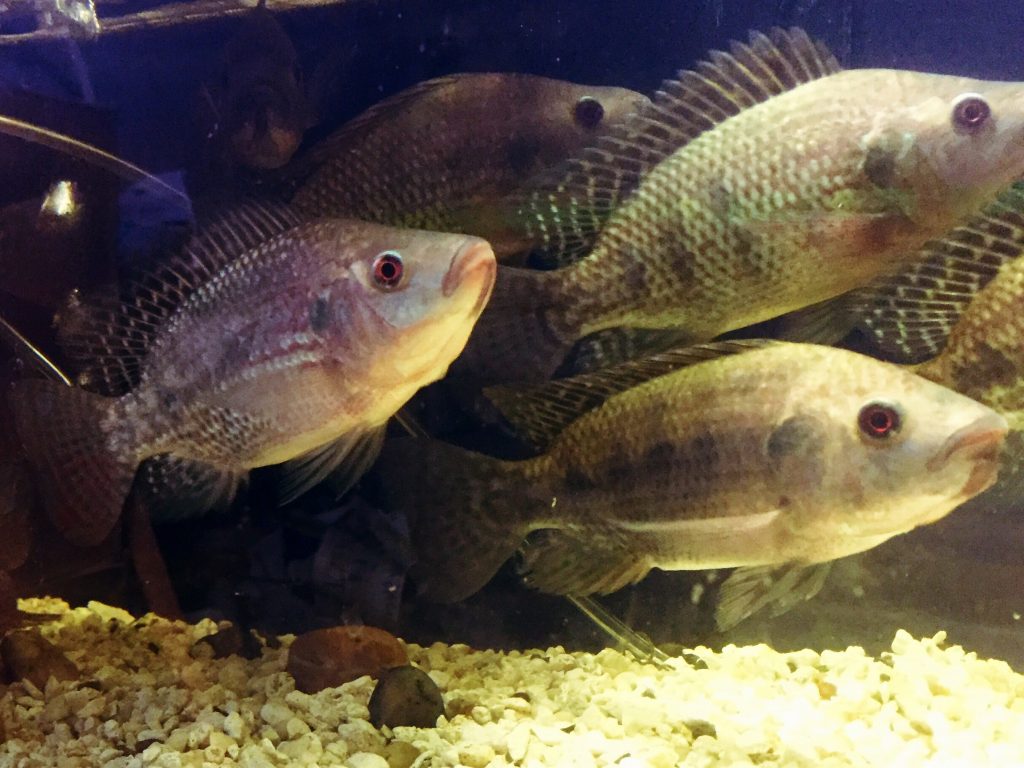 I provided the tilapia from my collection of fish that were too small to be harvested last fall, and the greens and herbs growing on the top will be utilized by the vege club when they meet for lunch in that classroom! While this project was originally intended to be an investigation for the students, it provides a great reminder that food must be grown somewhere and is a great demonstration to have in a classroom.